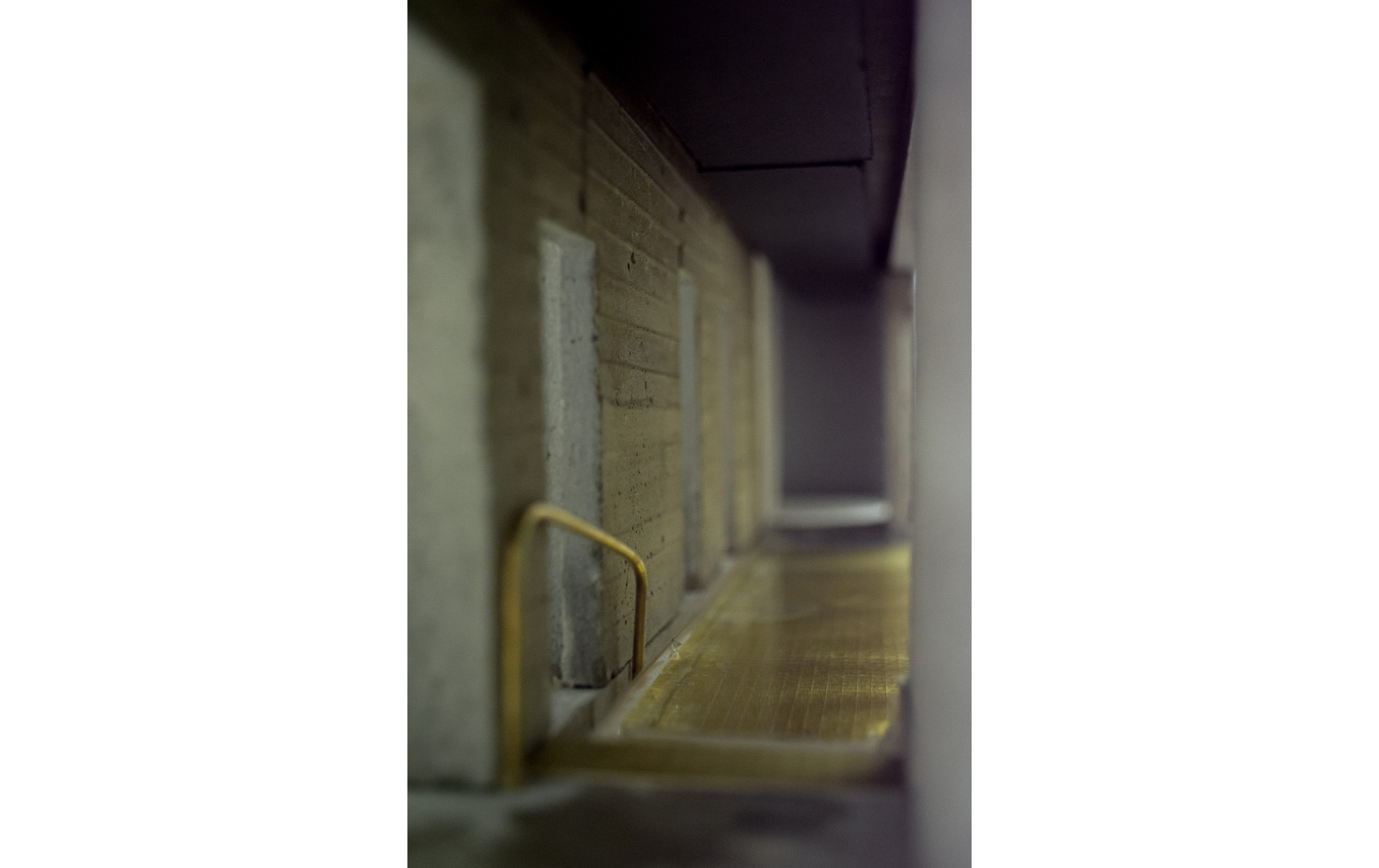 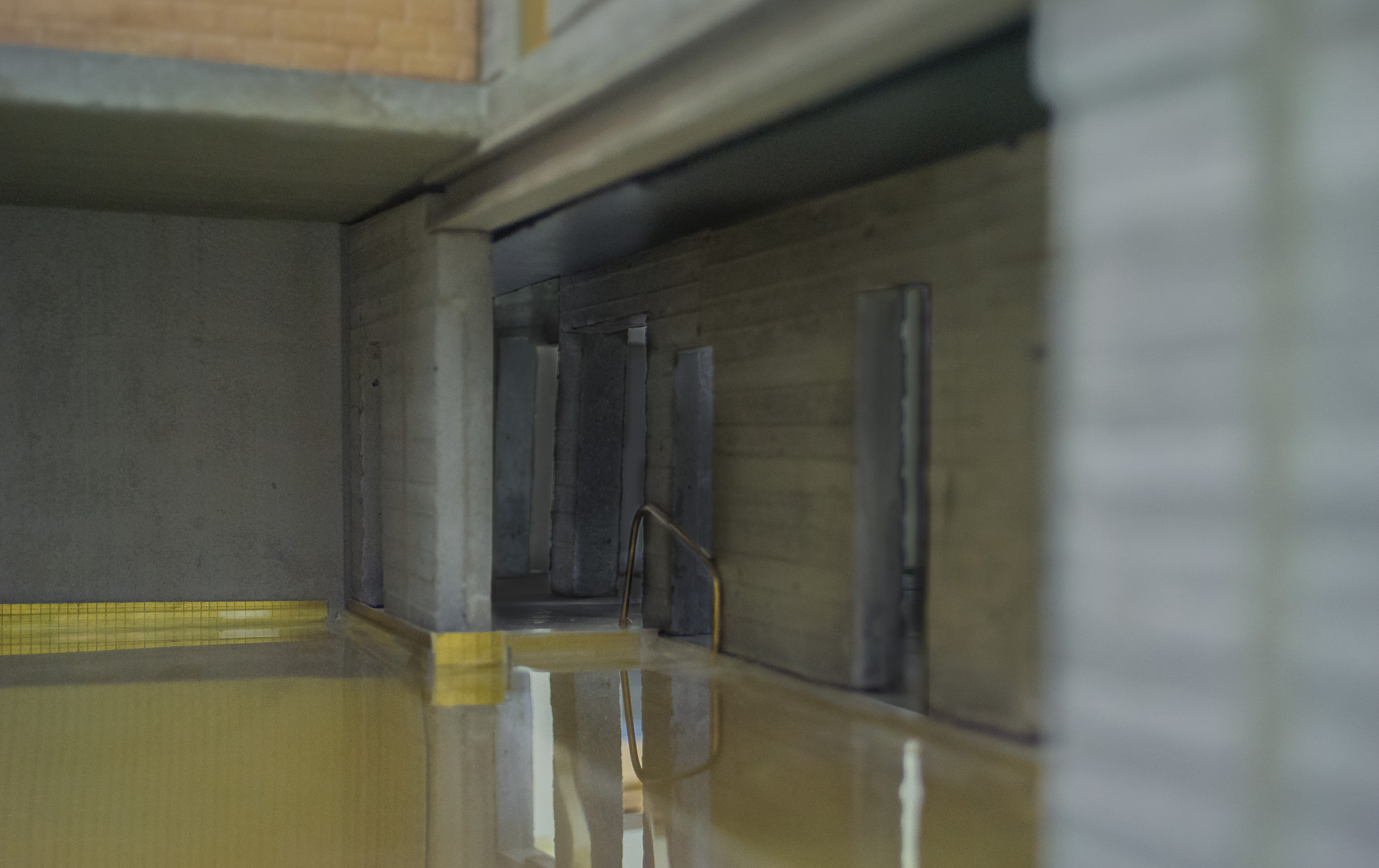 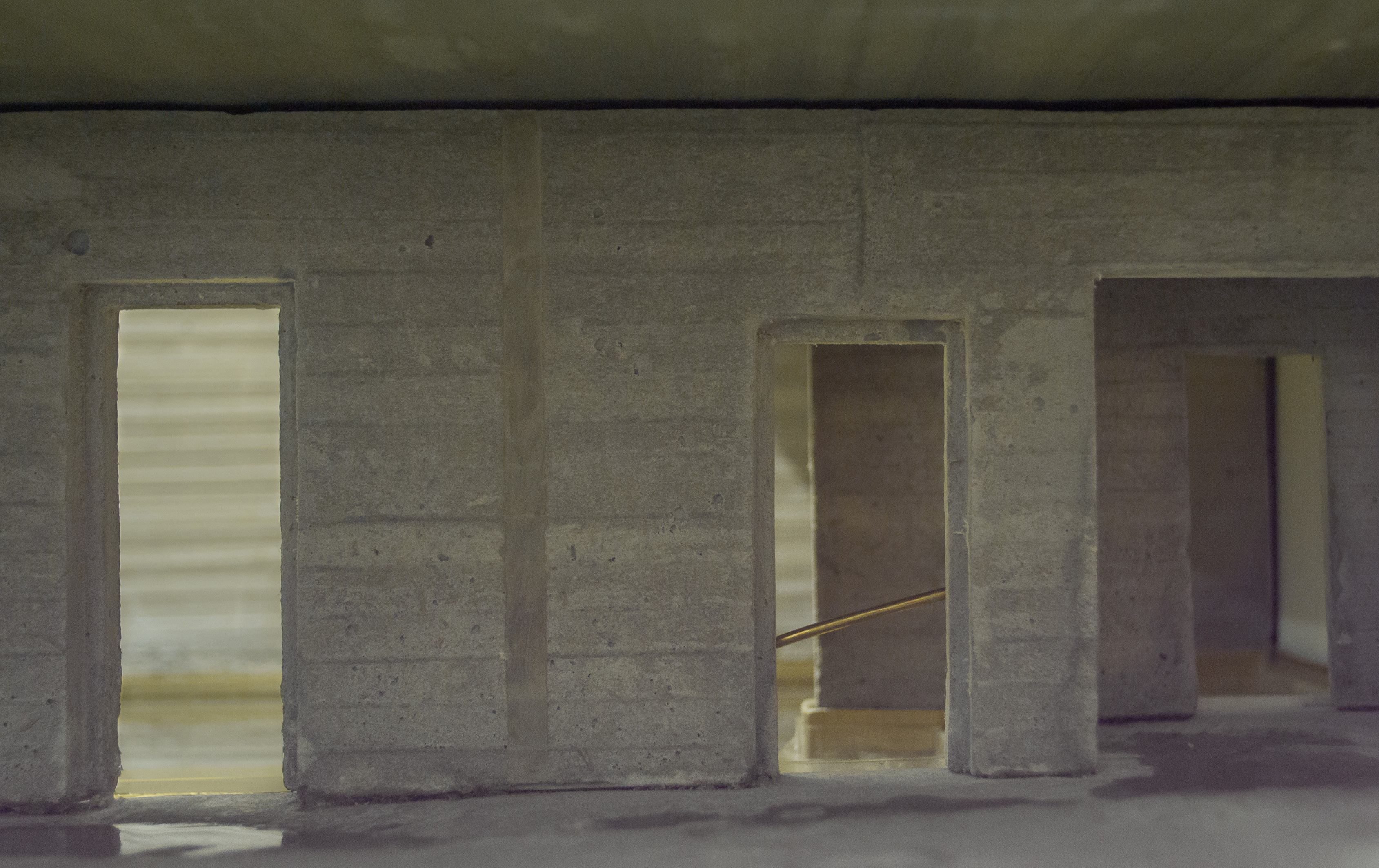 Mass is a basic characteristic of matter. It manifests itself through the attraction of different objects and through inertia; it generates gravity and resistence. In architecture mass is crucial for the understanding of a building as a body. It is concrete matter and provides stimulus for all five senses. This project engages in the analysis of the importance of mass for the visual identity of architectural objects. In the center of this research is an old, abandoned building which will be remodeled and given a new function. The bunker of the Pionierschule in Karlshorst, Berlin, has been empty since 1994 and presents itself with a stron, very specific massive structure. A typology which has lost its original purpose, but that has endured with great persistence the passage of time. The mass of the bunker is the main reason why it has resisted the absence of a new purpose. The focus, however, is neither on its structural nor on its historical meaning, but much more on the effect that this structure has on people and how it is perceived. The perception of spaces in the core of the project. To create different perceptions of gravity, a new element was introduced into the building: water. When in water, the human body percieves mass and gravity in a complete new way. The bunker will be turned into a thermal bath, with differente water temperatures and atmospheres. Here the visitor will be allowed to concrete on himself, his senses and perceptions. It creates a new inner world. The thermal baths are, in the urban context, an offer for the entire region and not only for the residents of the new surrounding gardem city. In addition to that there will be a cafeteria on the top floor, allowing the visitors and residents to have a first contact to the bunker. 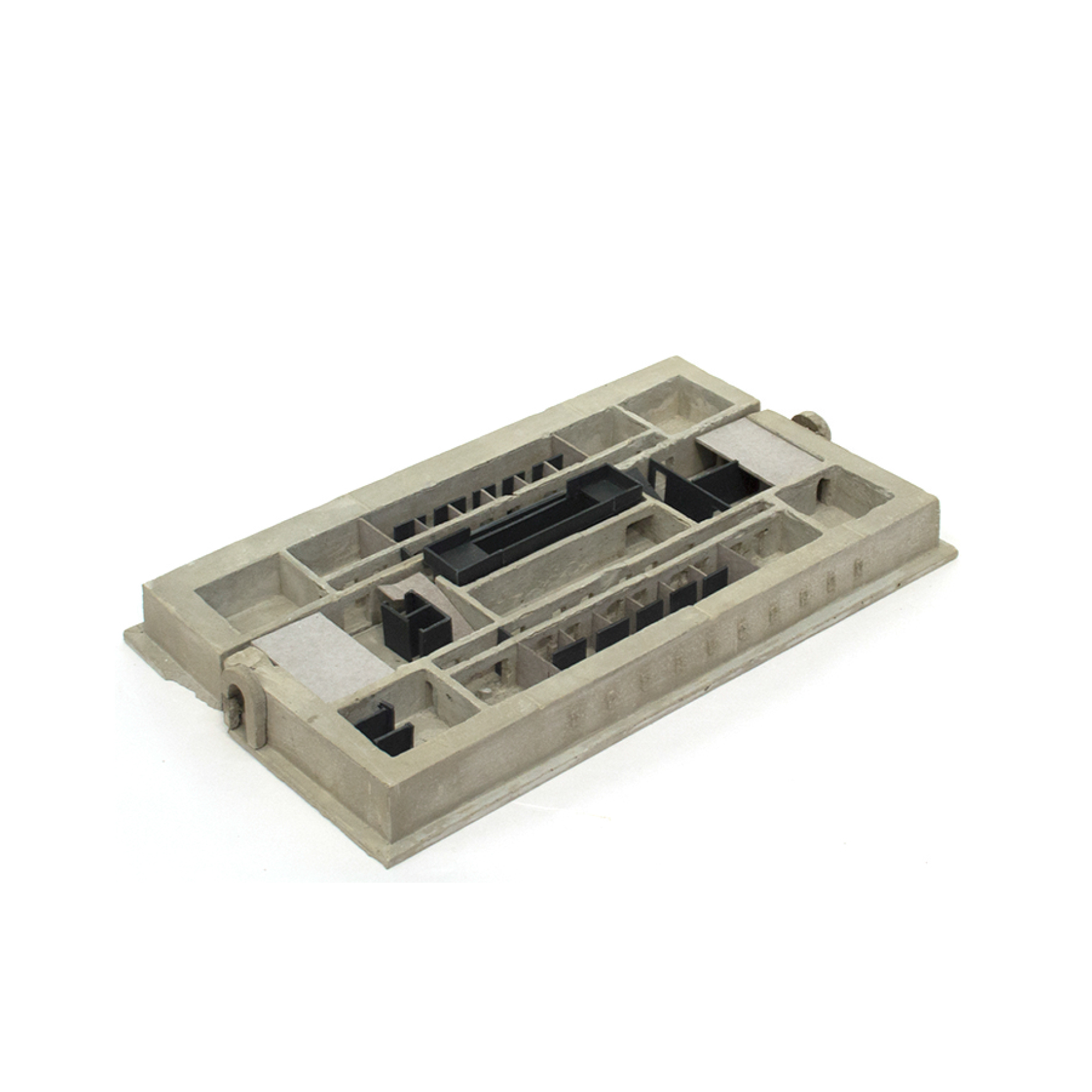 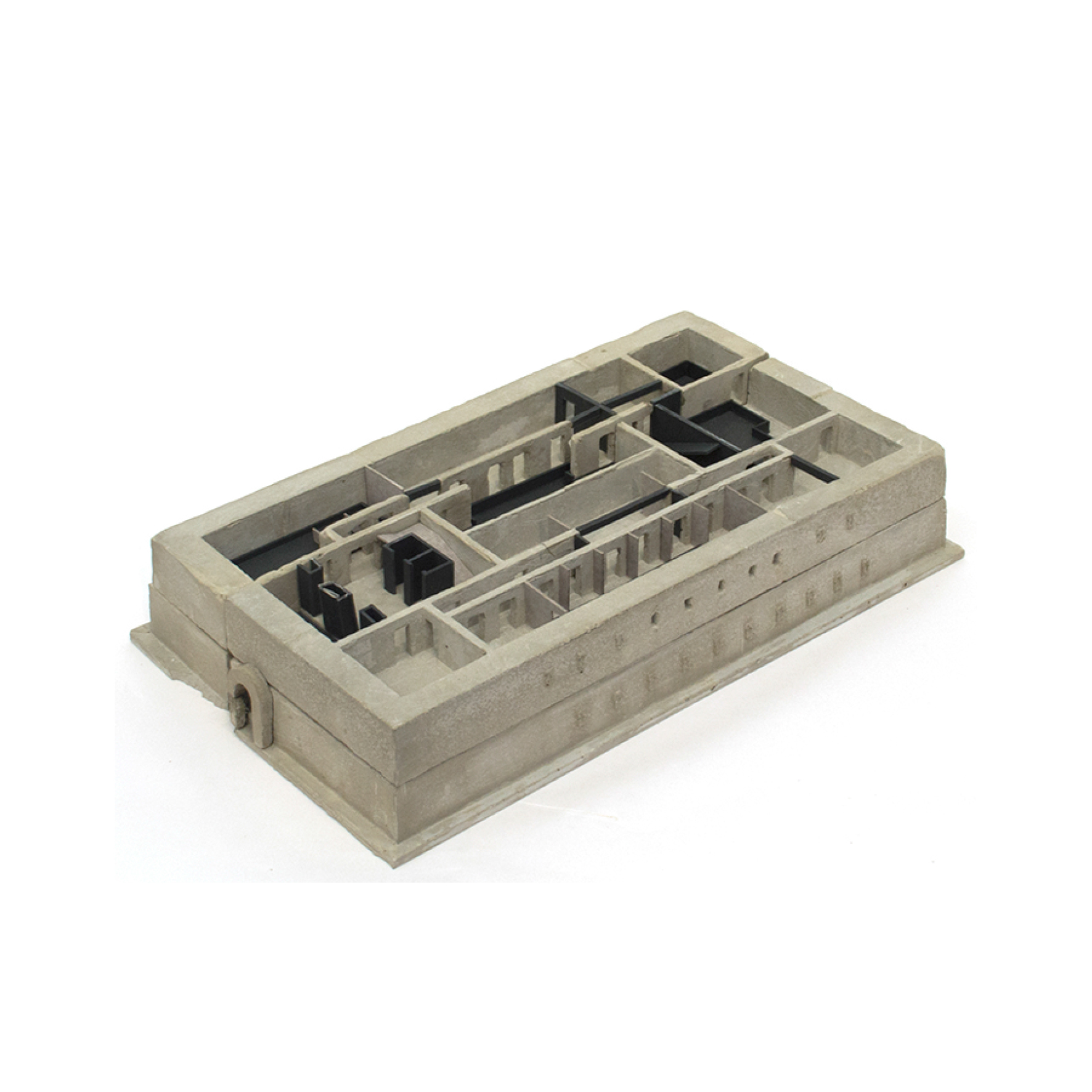 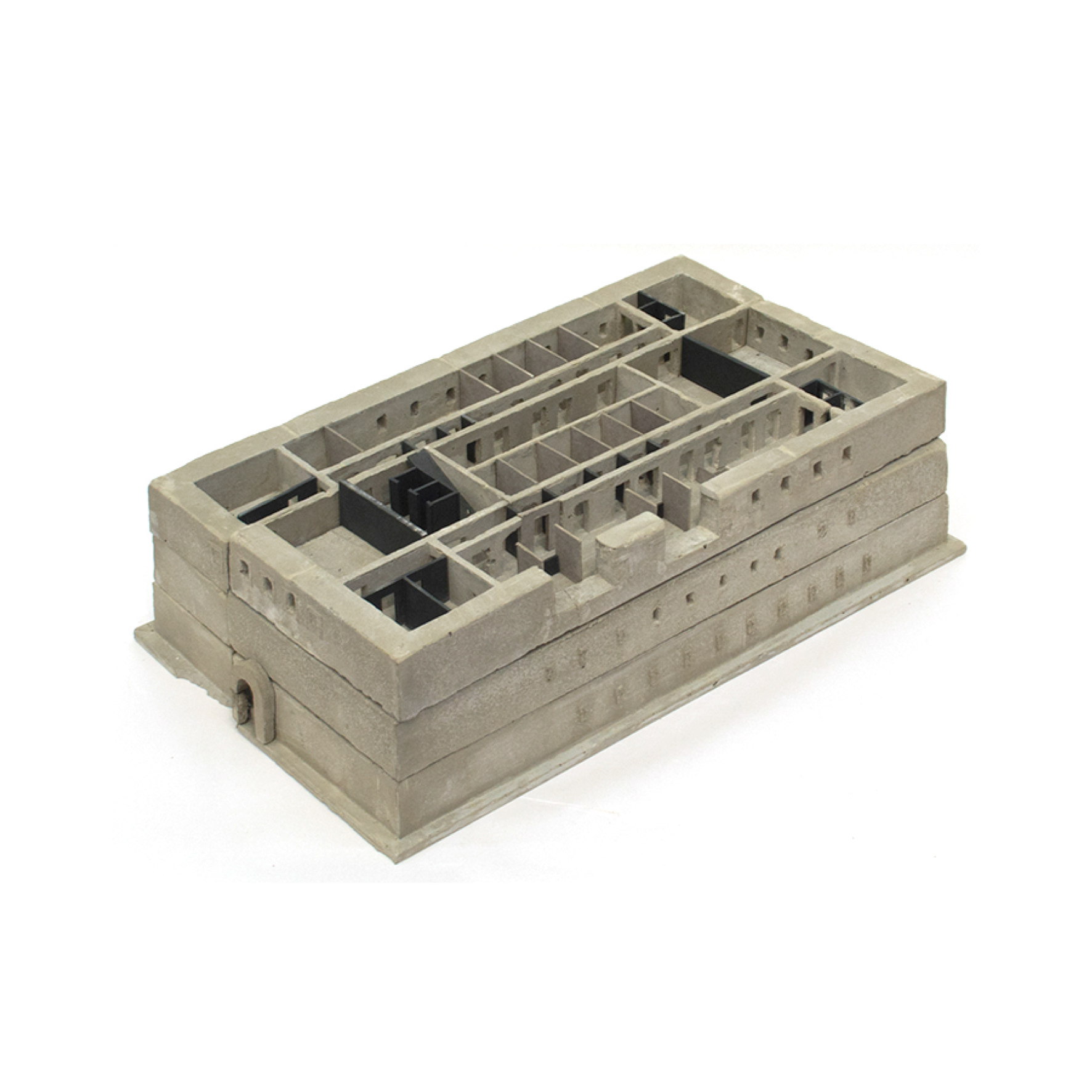 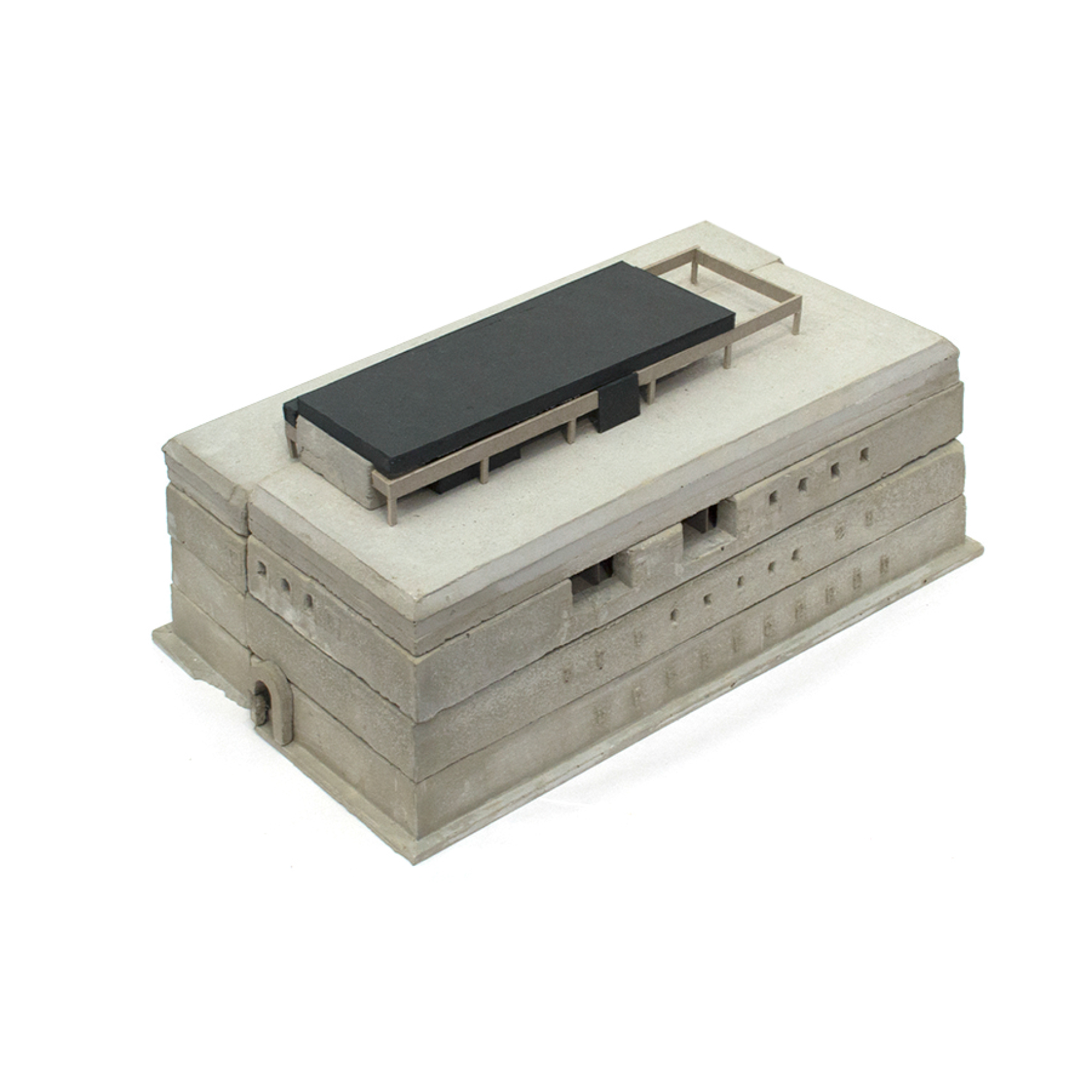 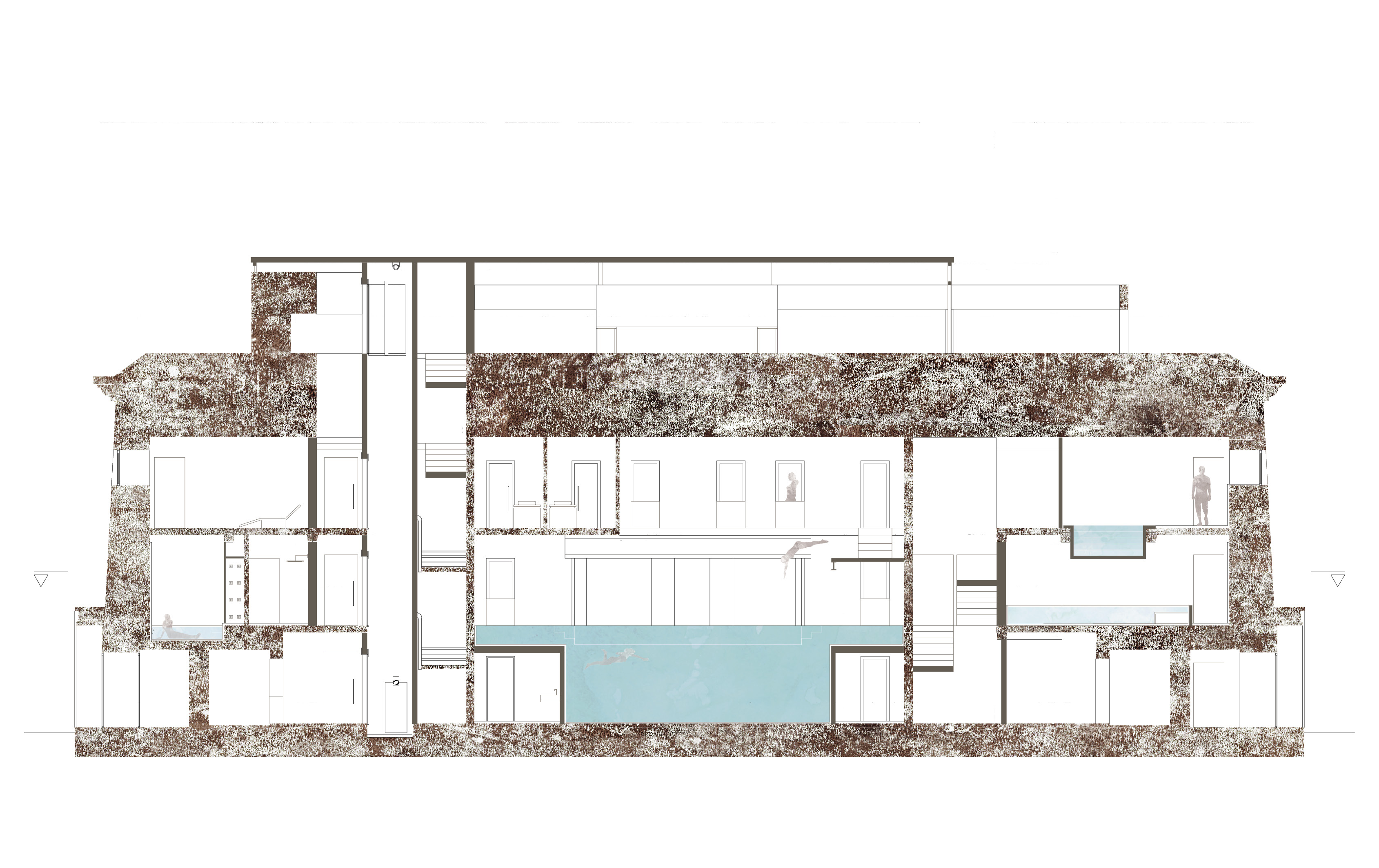 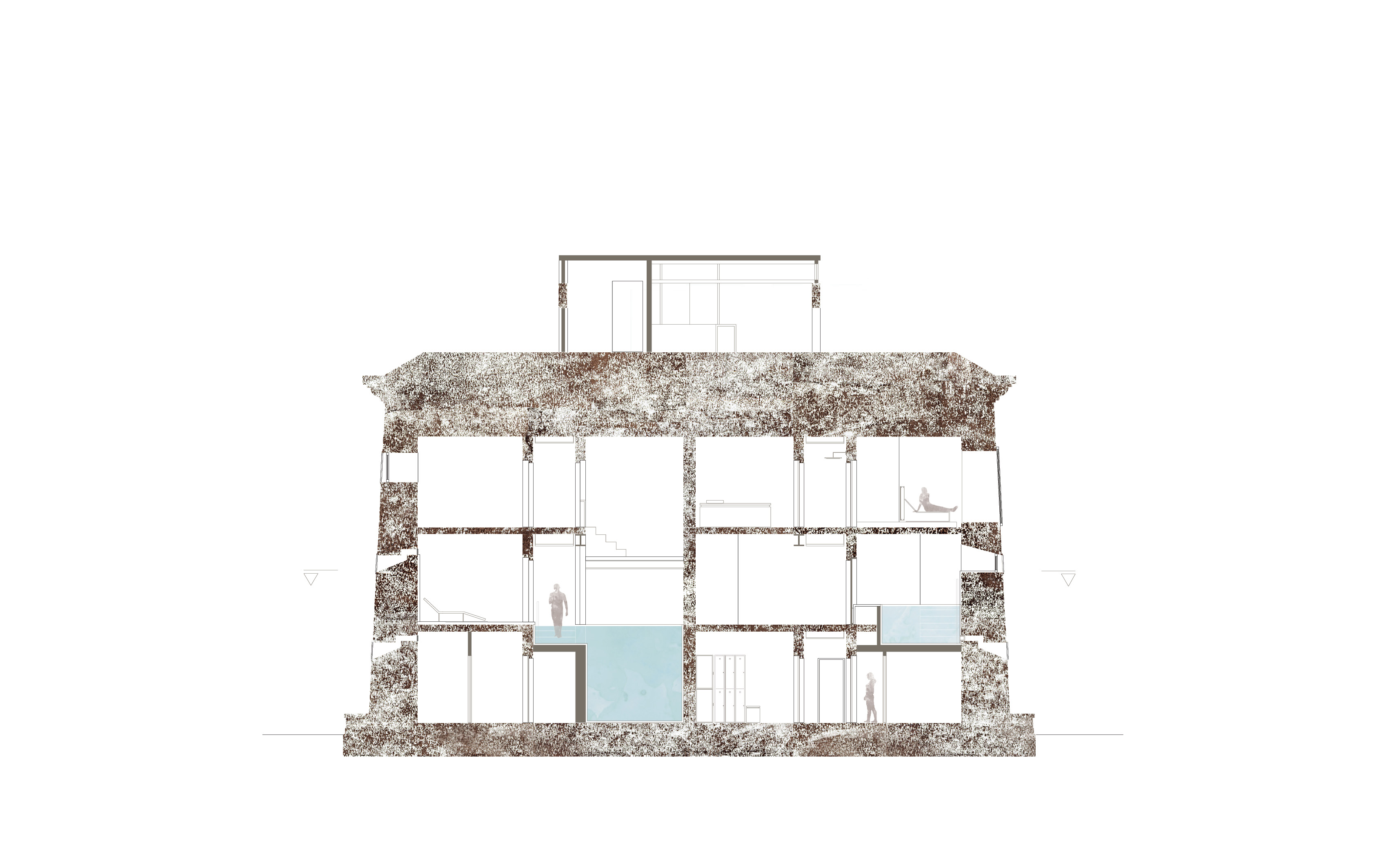 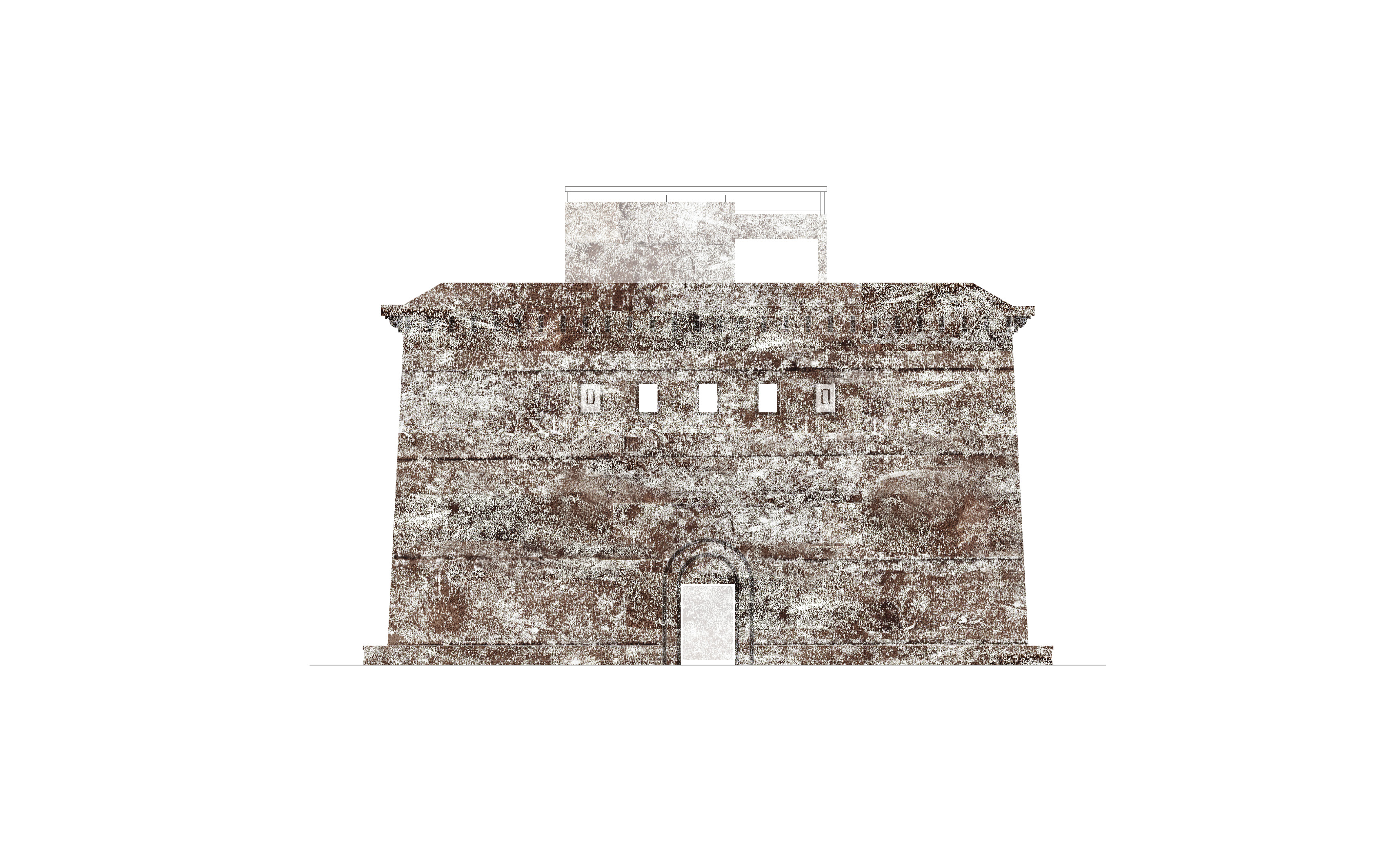 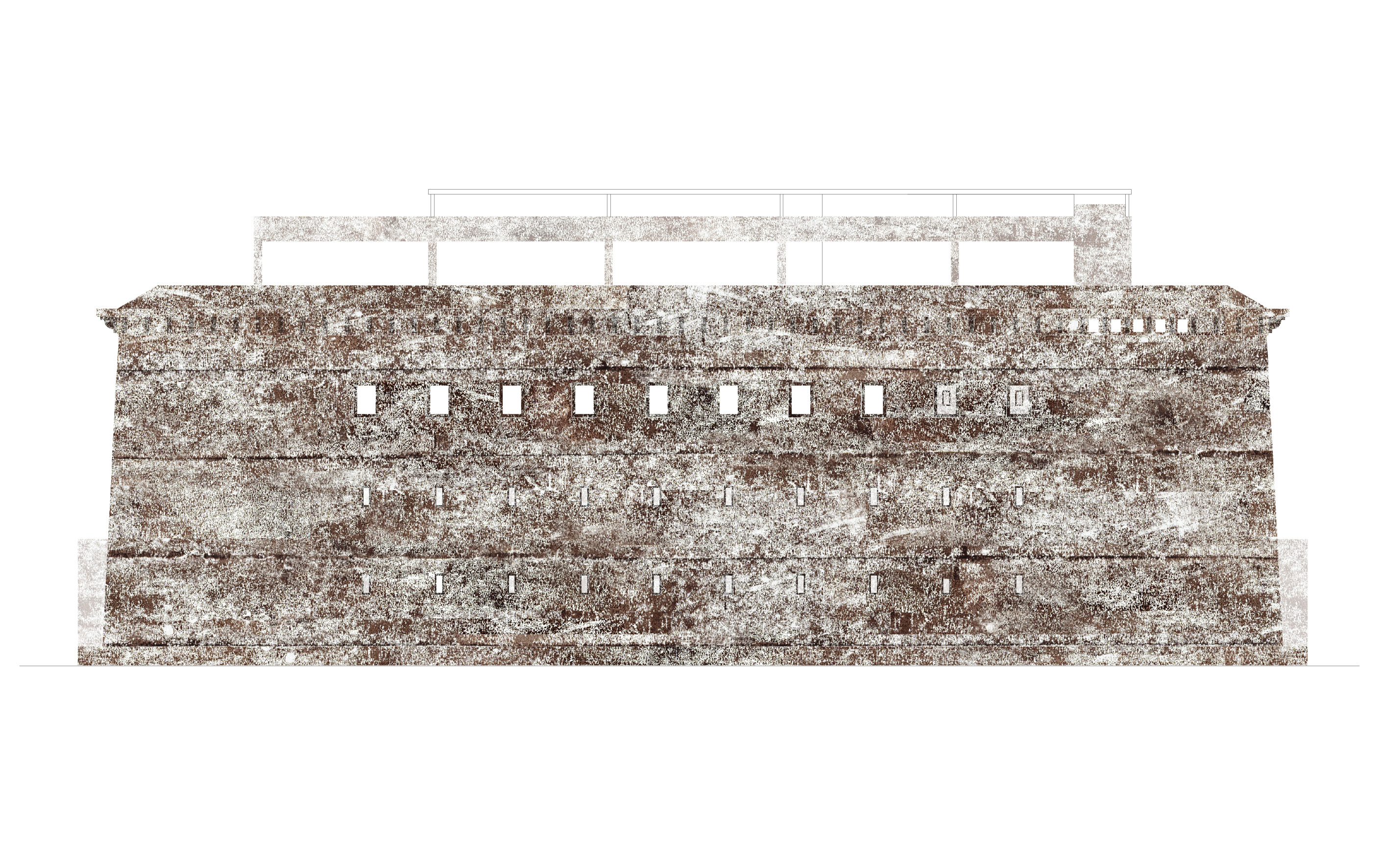 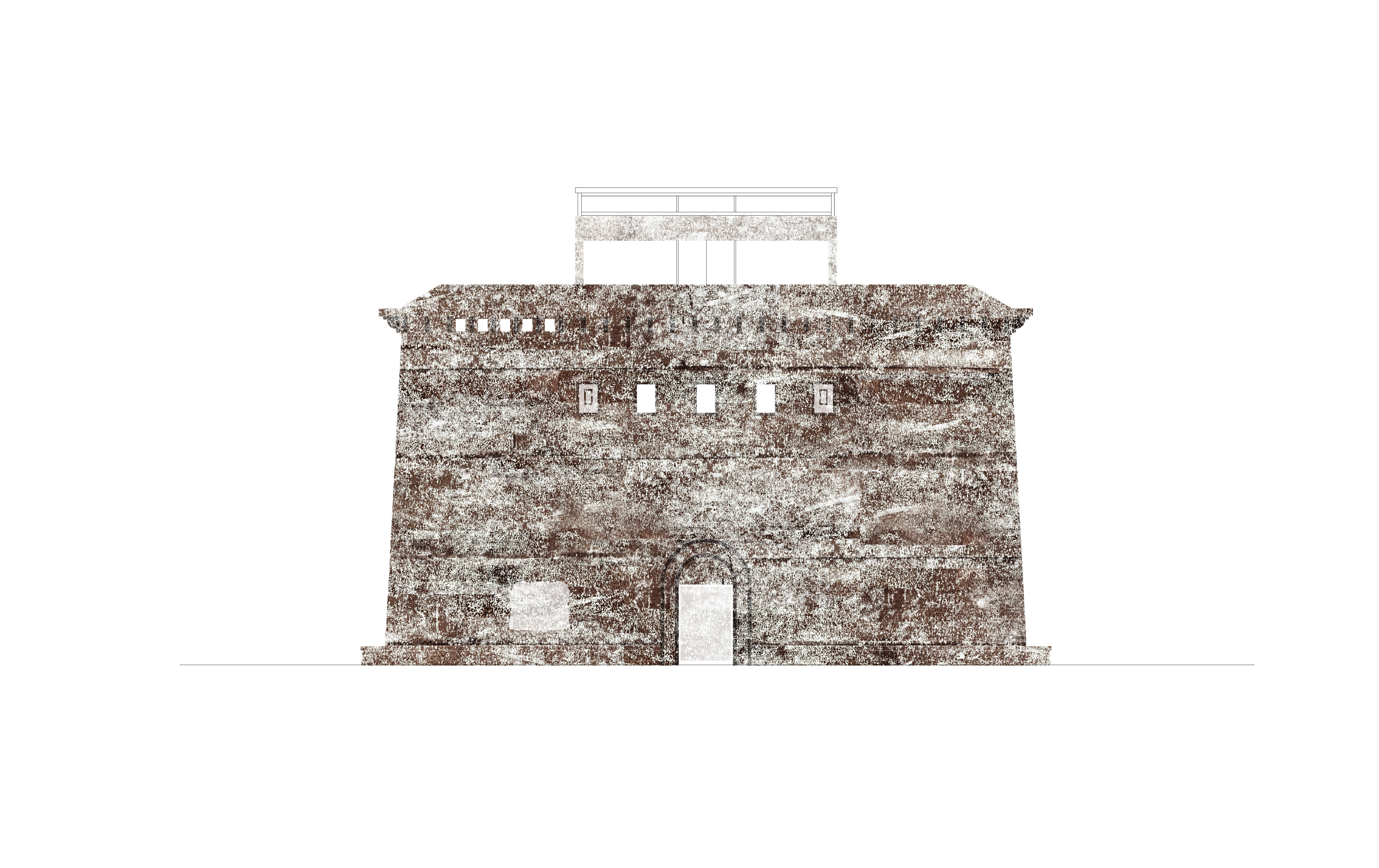 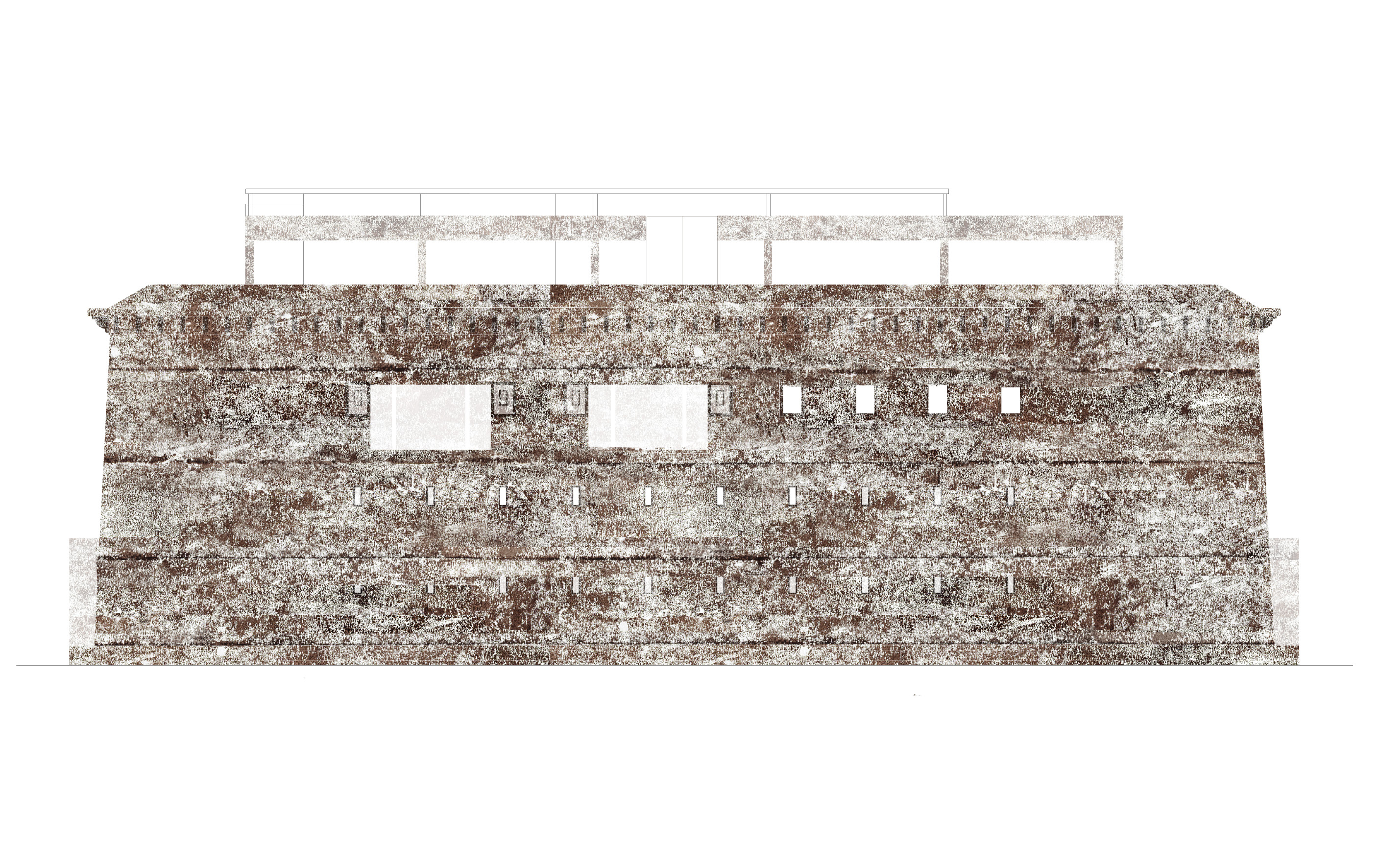 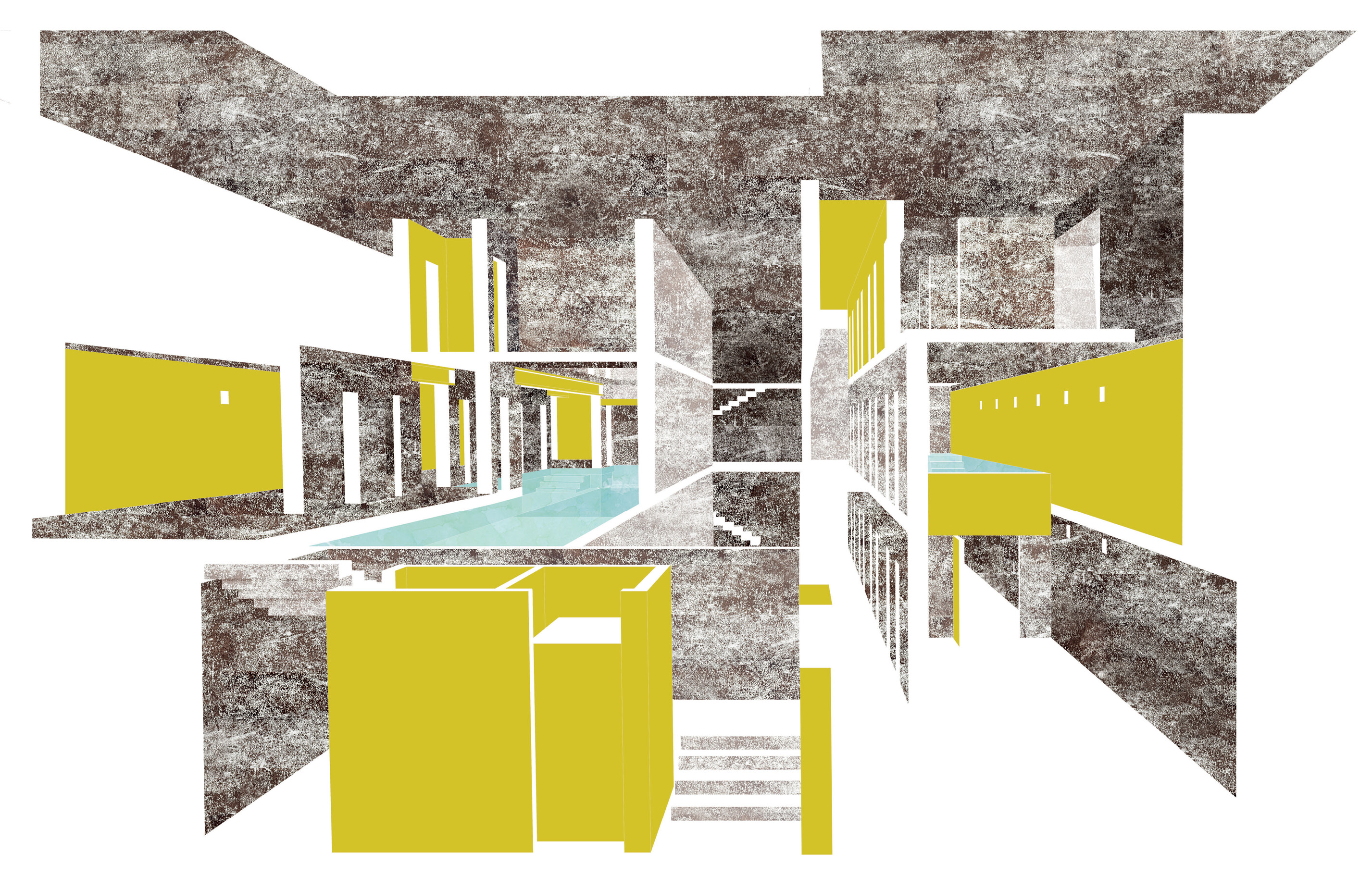